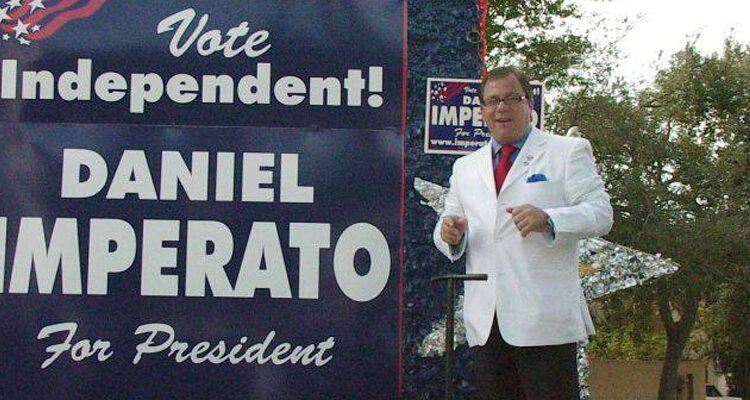 Mike says: “It is critical that Republicans take control of Congress in the upcoming elections. We are just one Senate seat and Five House seats away from a conservative majority that can stop the radical Left’s agenda and hold Joe Biden and Kamala Harris accountable for their failures.”

Understand the desperation. Daniel says nothing to Pompeo, as both Democrats & Republicans are two sides of the same coin. It is time for us to move out of the two-party rut and vote an independent to the White House.

Daniel JP Imperato, Fr.K.M.K.S.S.P.GM+OB is a man of God. He is anointed as a Papal Knight by the Holy See. Daniel is granted a permanent observer status at the UN General Assembly as the Knight of Malta and the Grand Prior of Orden Bonaria.

Daniel is determined to launch his campaign for the Presidency in 2024. Sign-up to join his PAC – IMP 2024 now.

With all resources on hand, Daniel is set to fight for you and what is best for the United States of America. He promises to put things in order to post his win in 2024

Daniel’s contributions to the world community come in many ways. Here is a giveaway at the start of 2022.

Download the Free eBook and Get to Know Him Better!

We Need Your Support!

Can we count on you to make a donation to support Daniel’s independent candidature in 2024? He will be key to flipping Congress to be independent of the POLITICAL MAFIA and provide a much-needed respite from the two-party system.

You need an independent candidate now to champion your cause. One who does not follow the status quo.