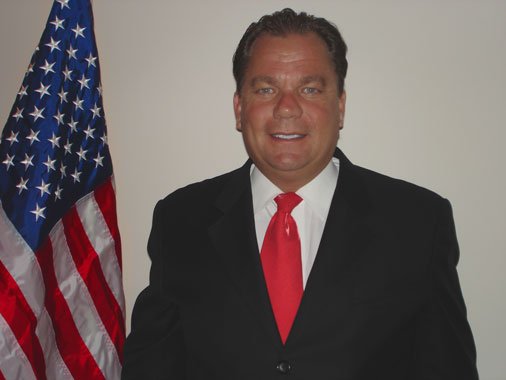 “Hurricane Wilma blasted through my living room in my apartment building in West Palm Beach, causing my story building to sway and crack. The chandeliers were swaying, the walls were cracking, and water was seeping in through the hurricane shutters and the window sills,” said Imperato.

Imperato went on to further describe the destruction he experienced as a result of the recent storm.

“I had been without food, water, electricity, and experienced what most people would not understand unless it happened to them. I took the first time out to drive down to Miami, and found gasoline lines miles long, the majority of the telephone polls, both wooden and concrete snapped in half, and chaos on the streets. I am sure that you‘ve all seen this on TV, of course I haven’t because I had no TV until today. There are so many subjects that need to be discussed but to keep it to the point I believe that judgment has been brought upon us; there is more to come and we must prepare ourselves for more disasters.”

Imperato, a veteran of many hurricanes in the South Florida region, commented on his past experiences.

“As the Presidential Hopeful for the people, I come to inform you that I have experienced both hurricanes last year, Gene and Francis. The first hurricane ripped through my living room doors, while I was assisting unfortunate people in my building. The second one did the same. It was a nightmare. For days we had no power, no food; it was like a war zone.”

The response from our administration and FEMA was, according to Imperato, “again, not well-prepared.”

However, Imperato was quick to add that putting all of the blame on President Bush is not fair. He pointed to problems in FEMA that existed before the administration of George W. Bush.

Imperato also commended Florida Governor Jeb Bush, for taking responsibility for the slow response taking some of the weight from FEMA, and the administration of his brother, George W. Bush.

During his statement, Imperato pointed out the differences between his strategy and that of the Bush Administration, but also expressed his support.

“Keeping in mind, that while I disagree with the foreign policy of our president, we must not forget that many of the situations that our country has been brought into have not only been because of this administration, but because of the past administrations that brought us to where we are today. While I would welcome the opportunity to take his seat as the President of the United States of America, I must also say that in times of disaster we must support our neighbors, and our president, and keep in mind that no one wants to see anybody suffer.”

Imperato then went on to outline his plan for dealing with natural disasters. He pointed out that things should have been put in place much sooner than they were pertaining to Wilma, but also that many, himself included, were taken by surprise from the enormous carnage caused by Wilma.

“We must come up with a strategy pertaining to future events of this nature. We need to allocate land and to build disaster proof facilities with storage of food and water so that people can be directed to those facilities across the country.”

“I also believe that there is a solution to the gas problems that could have been much more effective for the citizens, who like myself, waited countless hours in line to get gas. My recommendation to the administration would be to be able to convert gasoline trucks to onsite pumping stations to be able to have automobiles fill their gas tanks directly from roadside gasoline mobile facilities adaptable for public use.”

The Emergency Management Plan outlined by Imperato, included allocating land across the country to build disaster-proof facilities with storage of food and water, as well as utilizing gasoline trucks as on-site pumping stations so that people could fill their tanks directly from the pump.

“I believe that these facilities should be in designated areas across the country in what I would call emergency hotspots alongside or nearby major highways. I believe that these facilities could be federally funded programs. The last thing that I would like to point out is that the elderly people, who are taking a beating for their inability to be able to be as movable as others, must have some type of designated secure structure that houses medical products that may be needed to save lives.”

Though the response from the people and local officials was tremendous, Imperato felt that there were a few sore spots that heightened tensions during this trying time.

“The last point is that our law enforcement agencies should learn how to deal with citizens in a peaceful manner, without using brutality and flexing their muscles for no reason. I personally experienced a brutal policeman that verbally assaulted me for no good reason. Like the situation in Louisiana, I was threatened to be arrested and have my vehicle towed after I waited two hours in line for $25 worth of gas and asked a local policeman a simple question about taking pictures of recovery efforts. He acted like a bully, with a bald head, and 6’2” frame, act as though he was a drill sergeant in a war zone with no rights other than ego.”

Imperato supported reprimanding policemen who utilized excessive force on citizens when situations do not warrant the use of such force. He also called police departments across the country to look into the characters of these types of officers as they might be extending excessive forces beyond the streets and into their homes and families.

Imperato concluded his statement with the following remarks, “Overall, I believe the recovery has gone well, but the storm was an enormous blow to Florida Power and Light. I believe that the electric utility stations must look at more secure methods of protecting their facilities from natural disasters and access to their facilities through higher security and more surrounding physical protection around the facilities. I look forward to announcing my full commitment to participate in the race for the White House in 2008. Thank you, and God Bless.”