Imperato on Bin Laden, Afghanistan, and The Poppy 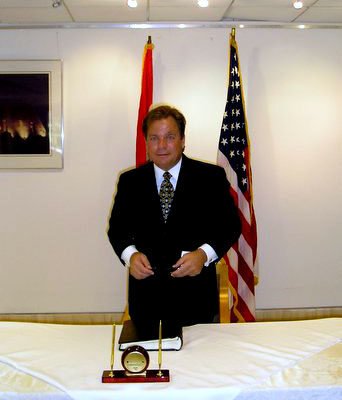 January 5, 2006 – West Palm Beach, FL – Today, 2008 White House Contender, Daniel Imperato addressed the reemergence of poppy fields in Afghanistan, the relation to Osama Bin Laden, and what the United States should do about it.

“I would like to take an opportunity to address the mission in Afghanistan that has never been completed by our administration and President George Bush that was initiated by Bill Clinton. I’ve said in the past and I’ll say it again, Clinton is responsible for pushing the wrong button, at the wrong time, and the mess hasn’t been cleaned up,” stated Imperato.

According to Imperato, Osama Bin Laden’s greatest strength is his finances, and the United States must take appropriate action.

“Mark my words once again that the greatest threat is for al-Qaeda to regain its financial strength which is directly related to Uncle Poppy. I have addressed this situation in the past and I stand up for the United States and its people to demand immediate action pertaining to the war chest of Osama Bin Laden’s poppy fields,” expressed Imperato.

Recent al-Qaeda news reports have also indicated that al-Qaeda’s supposed chief in Iraq has fled the nation. Imperato has always believed Zarqawi was sent as a distraction so that Bin Laden could quietly gather strength.

“While the decoy, Zarqawi in Iraq, is in the spotlight, Osama is still on the poppy. He is probably enjoying himself immensely in a first class home buried in the mountains of Afghanistan, sitting peacefully, managing the poppy, growing the crop, and replenishing his financial war chest,” asserted Imperato.

Recently, Bush administration officials, namely Secretary of State Donald Rumsfeld have reported that they believe Osama Bin Laden is weak and may no longer be in power in the al-Qaeda organization. Yet, they still do not know his whereabouts.

Imperato believes that our administration should not be fooled.

“The facts are clear as day. Osama bin Laden, has probably never killed a United States person directly with his bare hands. The fact is Bin Laden was always the financial mastermind pertaining to the strength of the al-Qaeda organization. He was initially financed by his family inheritance then converted himself to the King of Poppy. This operation ultimately became the laundromat for weapons, and the expansion program of the al-Qaeda network,” explained Imperato.

According to Imperato, the US government has given Bin Laden too much credit for masterminding the 9/11 attacks but warned that Bin Laden may be regaining strength again.

“I do not believe that Bin Laden was in control of masterminding the ultimate plan of attack but was directly responsible for the money that was supplied behind the attacks. I stand up to say to the United States and its people and call on our administration to crush the poppy fields and get rid of the poppy. Otherwise prepare for the sleeping Head of Poppy to reappear with plenty of cash once again,” said Imperato.

The message and the strategy of Bin Laden, according to Imperato, was money and power.

“Osama Bin Laden’s message to the world is clearly a message that he claims is in line with our administration and particularly the senior Bush administration stating indirectly that it’s all about the money and the money gives the power,” stated Imperato.

Imperato then concluded his statement with the following remarks, “while I reserve myself to speak on this subject in the coming days I will shorten this message to the point. Osama Bin Laden’s bank account lies in the poppy fields and if the bank is not shut down then Osama’s message will prove once again that money is power.”

2008 US Presidential Contender Daniel Imperato on Bush and Putin Relations